Busty Joyce is a Filipina amateur from Angeles City. In 2004 she was hired as one of the first Filipina camgirls for Asian Babe Cams when they started out as a Asian chat portal on the internet after the owners decided to close their previous chat site called Honeydolls. Joyce has long quit working as a camgirl and is no longer engaged in cyber sex. We were told she was married by an American gentleman who has started a family with her. She has 2 kids, now. (A lot of Filipino camgirls get married by foreigners as they have a fine reputation of being very family oriented.) Back in 2004 there were only around 30 girls online who were working in 2 or 3 studios in the Philippines. Now, the number of online girls has grown immensely. Sometimes you see over 400 Asians girls online round the clock. It’s a tremendously successful online business model as the demand of guys who are interested in Filipina girls and brides is growing every day – specially if they have such nice big tits like Joyce from Angeles City. 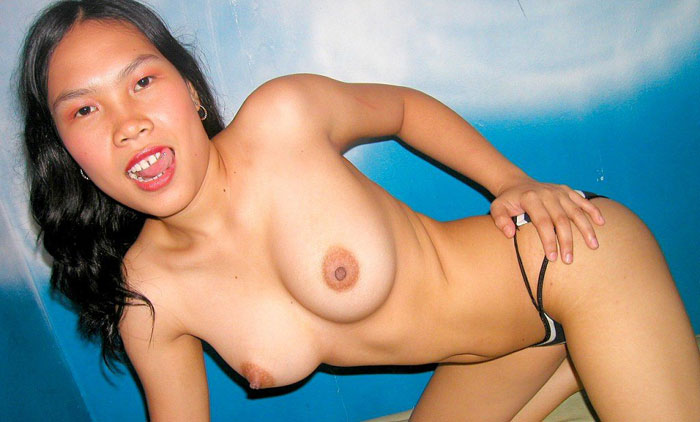 As one of the first models of ABC Joyce presented her perfect boobs for promotional purpose on the internet.